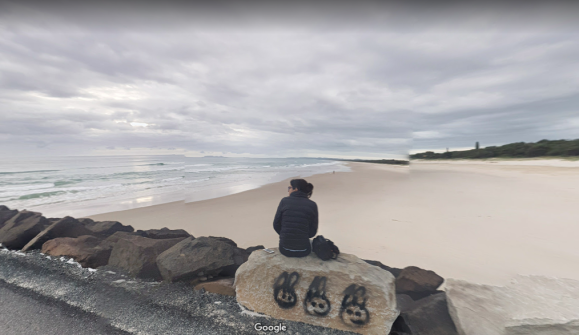 “Your battery is dead.”

There was a time when Jonda would’ve taken the time to correct the man’s idiotic statement and explain that any skilled mechanic could tell–by the staticky whir and the whiff of smoke–that this was clearly a starter issue. There was a time when she might have been annoyed at the overly-familiar way his eyes loitered at her neckline. There was a time when she never would have considered a man like him–for his coarse patina of facial hair and the wayward wave of his untidy hair. But that was before 99.7% of the men in the world had succumbed to the flu. She made further measure of his prospects, scanning the uniform curve of his fingernails.

“You might be right,” she said at last. Her eyes lifted to the glassine shimmer of his eyes. “Maybe you could take a look at it.”

149 words. This has been an edition of What Pegman Saw. To read more stories inspired by the prompt or to submit your own, click here.

Sometimes when ideas are tumbling around in my head, and I’m trying to come up with a story, one thought leads to another. Suddenly, I realize I’ve killed off 99.7% of the men in the world.

I guess whether this story is dystopian or utopian depends on your perspective 😉 It does prove Man Flu is a thing–and those guys weren’t kidding when they claimed it was much worse for them.