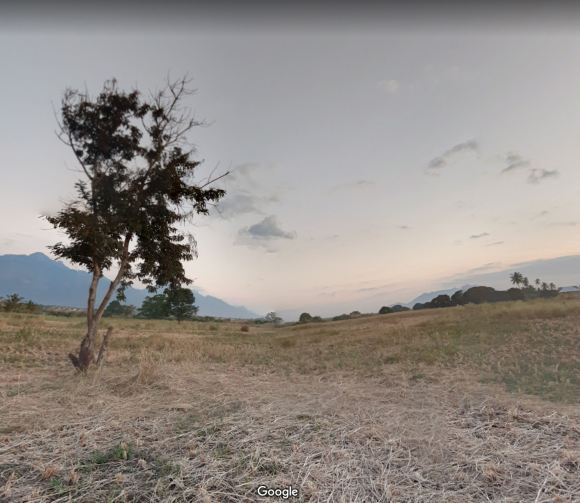 She was four days gone when he came upon her. A grand dame of a beast, perhaps forty, although it was hard to say without her tusks. Flies buzzed around the carcass like static from a distant station. He listened for movement. Hyenas had been at the place where her head had been, but something had scared them off.

He padded across the soft dirt, studying the story left behind the slaughter: a drag of flattened grass, a tusk gouge where they’d hoisted their dirty prize onto their truck, and the twin crocodile-skin of their tire tracks, heading west. And then he saw it—an elephant track half as small as the murdered cow’s. Somewhere, there was a calf.

He raised his head, neck taut, scanning the mancala of whistling thorn and baobab trees which stretched as far as the horizon. Maybe this time, he wouldn’t be too late.

This has been an edition of What Pegman Saw. To read more stories about the prompt, click here.

Elephant calves will sometimes remain by the slaughtered mothers for up to five days before they succumb to starvation. The mission of the Ivory Orphans in Tanzania is to find and protect these orphans until they can be raised to adulthood.

Elephant Orphanage to Open in Tanzania